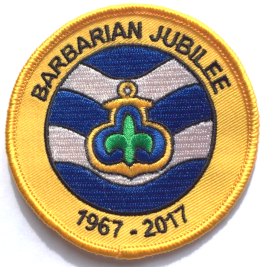 HISTORY OF THE CLUB

The above Club was formed by Audrey Barber (Hence the name BARBARIAN.) in 1967, with the help of a few others, including parents, to teach swimming to members of the various Youth Organisations:- Scouts, Cubs, Beavers, Guides, Brownies and Rainbows etc. in the town. In the early years the Club used the old White Rock Baths, and, in 1981, transferred to the Summerfields Leisure Centre when it was opened. Over the intervening years the Club has expanded to such a degree that it can now teach swimming, diving, water survival and life-saving to every child who wants to learn, although they will have to go onto our waiting list for a while.

When is my test?

Find out when your test is by downloading the test dates document below!

If you would like to get involved with helping the Club then please let us know!